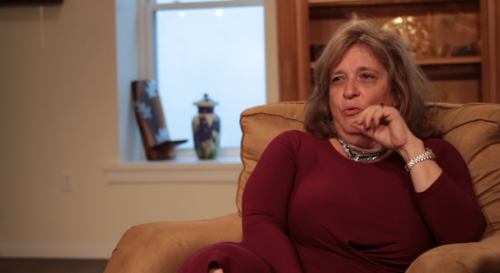 Anna Falat, owner of Eagle Rock Winery located at the beginning of the Historic District, came back to Williamsport to be with her family, but then decided to enter the business world. She opened a winery and small art gallery where she features local artists. She says she believes strongly in the power of women and their ambitions to succeed. “I would like to see our financial institutions and businesses embrace the fact that there are other people besides males that can run a business,” she says. She values the diversity within Williamsport and would like to see that represented on major fronts. Being active in the Arts Council earlier in her life, she says she saw this movement happening, but it sort of collapsed. She would like to see this start back up again to improve the city’s community. A single woman living and working on her own, Anna also works to help her family succeed, as well.

The Future is Female

Anna has passed her same strength and independence onto her granddaughter, Miah Dunkleberger, who is pursuing her dreams at college. Miah, a graduate of Loyalsock Area High School, now attends

Duquesne University in Pittsburgh. Having transitioned from a small town atmosphere to the metropolitan of Pittsburgh, she says she values the history and culture of Williamsport. She says if she could, she would tell anyone growing up in Williamsport, “don’t take it for granted, because when you leave, it won’t be the same and you will miss it.” From one generation to another, both Anna and Miah are proving that women are starting to move forward in business and education with confidence.